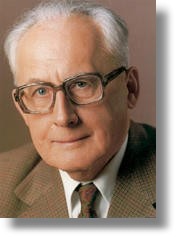 The Hellschreiber or Feldhellschreiber was a facsimile-based teleprinter invented by the German engineer Dr. Rudolf Hell (*19.12.1901 – +11.3.2002). It was developed at the end of the 1920’s, and has the advantage of being capable of providing intelligable communication even under very poor radio conditions.
Nowadays using computers with sound cards, its easy to emulate the Hell mode. The resulting mode is referred to as Hellschreiber, Feld-Hell, or simply Hell.

Hellschreiber transmits text by dividing each column into 7 pixels, and transmitting them sequentially, starting at the lowest pixel. A black pixel is transmitted as a signal, and a white pixel is transmitted as silence. This takes place at a rate of 122.5 baud and needs a minimum bandwidth of 61 Hz (!!!). In contrast to the RTTY machine, in which received pulses determine the character to be printed, the Hellschreiber uses the transmitted pulses to directly write images of characters on paper tape. Thus, Hell writing could be considered a simple form of facsimile, covering seven image lines per character, with seven elements per line.

Another nice QSO with Alain from Libreville / Gabon 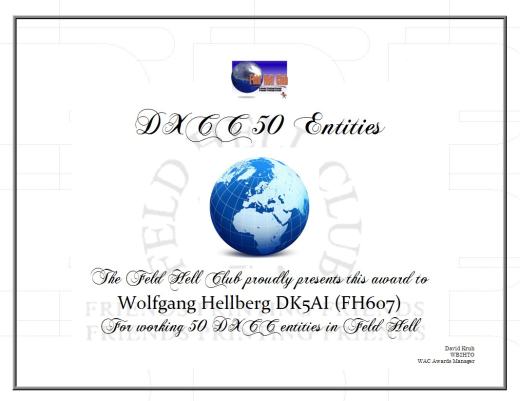 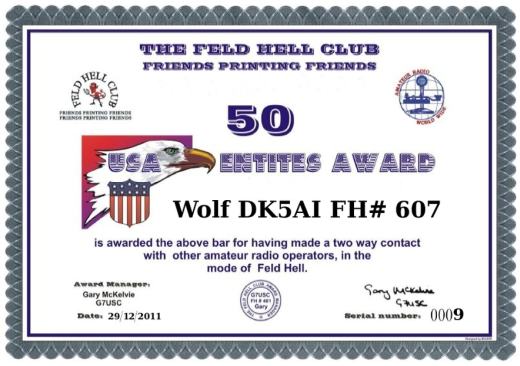