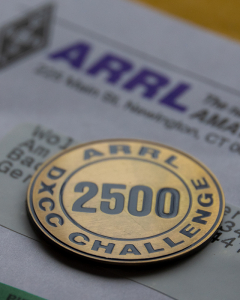 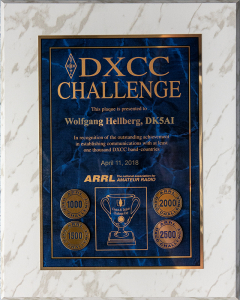 From December 28, 2019 until January 01, 2020 the ISS send again pictures in Slow Scan Television. The images are always transmitted in Mode PD 120 on 145.800 MHz in Frequency Modulation. The following images were received with a 14 Element Yagi and decoded with MMSSTV software. More information about Amateur Radio on the ISS can be found on the ARISS website and the ARISS Blogspot.

First two pictures were received on December 30, 2019, no. 3 and 4 on December 31 (Expedition 61 – ARISS Series 15 Leonov). It looks like the last two were probably disturbed by unknown RF radiation.

This Memorial Award is announced by Eesti Raadioamatööride Ühing (ERAÜ), Latvijas Radio Amatieru Līga (LRAL) and Lietuvos Radijo Mėgėjų Draugija (LRMD) to commemorate the 30th Anniversary of the Baltic Way – a peaceful protest against the Molotov – Ribbentrop pact signed on 23rd of August 1939, dividing the independent countries of Eastern Europe in spheres of influence between the Soviet Union and Nazi Germany. On the same date in 1989 more than 2 million people across Estonia, Latvia and Lithuania joined hands to form a 675 km long human chain – the Baltic Way, showing their fight for independence.

Although this Award is not difficult to get, it has a special meaning for me. A few weeks ago, I visited all three Baltic States and drove part of the way from Vilnius to Tallin via Riga.
This memorial stone is located in front of Cathedral Square in Vilnius and contains the word “stebuklas”. This was the starting point of the huge human chain between Vilnius and Tallinn on August 23, 1989. Nearly two million Lithuanians, Latvians and Estonians protested hand in hand, 650 kilometers in length, for the independence of their own states.

This year 2019 marks the 70th anniversary of the Spanish Radio Club “Unión de Radioaficionados Españoles”, URE. In order to commemorate this important event, the Spanish IARU member society, announces a Special Prize and Awards to all licensed radio amateurs and SWL from all over the world.

Contacts can be made between April 1st, 2019 and June 9th, 2019 using any mode or band from 160 meters to 6 meters with the 14 different AM70 special stations. Further informations are here.

The special event station SX60RAAG will be on air from December 1 to 31, 2018 on all HF bands & modes, celebrating the 60th anniversary of Radio Amateur Association of Greece – RAAG. A dedicated award program will support this operation. As usual nowadays the colorful Awards with pictures of Greece will be issued for free and electronically in PDF format. 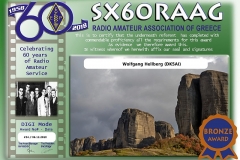 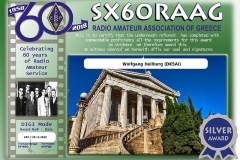 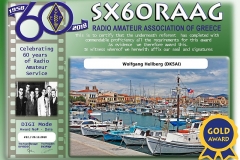 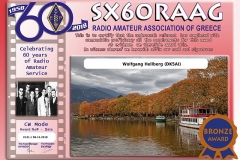 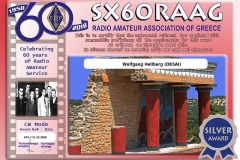 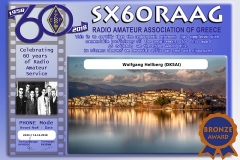 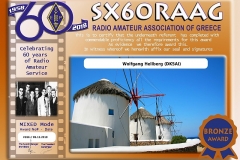 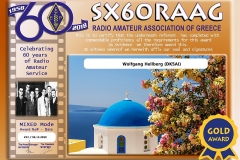 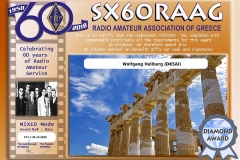 On November 18, 2018 Latvia celebrated its 100th Birthday. For this reason Radio Amateurs in Latvia activated five special callsigns with the prefix YL100 – one from each of 4 Latvia’s historical regions and one from the capital city Riga – to commemorate this event between November 1st to 18th, 2018. Special awards for working YL100 stations on different bands and modes are issued. More informations are here. 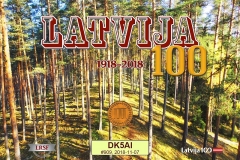 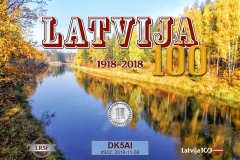 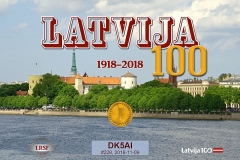