It was a rainy and windy autumn day, no calm high pressure weather, no fog in the valleys, no sun on the mountains. No VHF amateur would expect good propagation today. But it turned out differently …
Already on the evening of the 24th of October, first G-stations were to be heard from the British southeast coast, which happens rather seldom in my to the west sloping hillside.
In the evening mostly FT8-mode-contacts with GU, GW and GI found their way into the logbook. ODX of the day was again Mark, EI3KD from IO51 over a distance of 1.287 km.
On the 25th of October the day started with very good signals towards France, as well as on the morning of the 26th of October. A nice end to this year’s tropo saison. 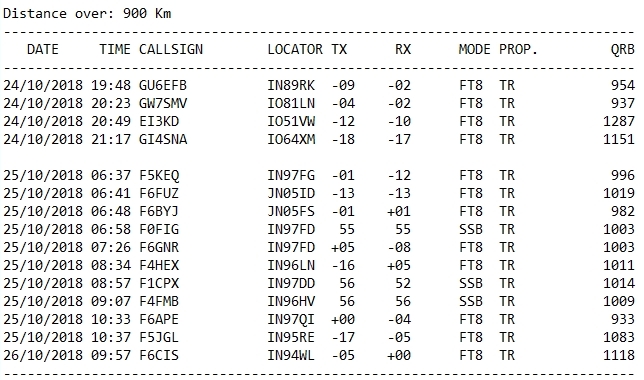 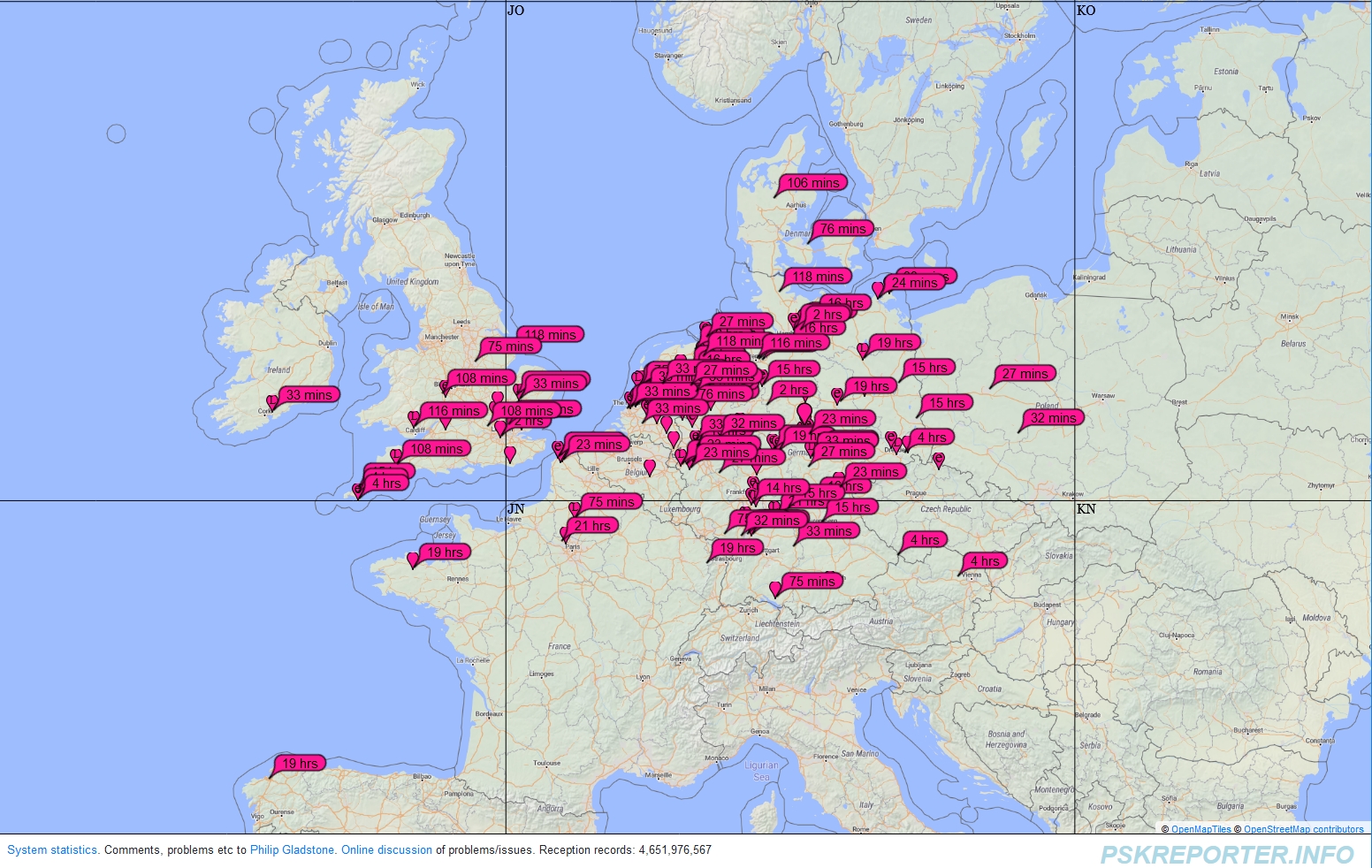 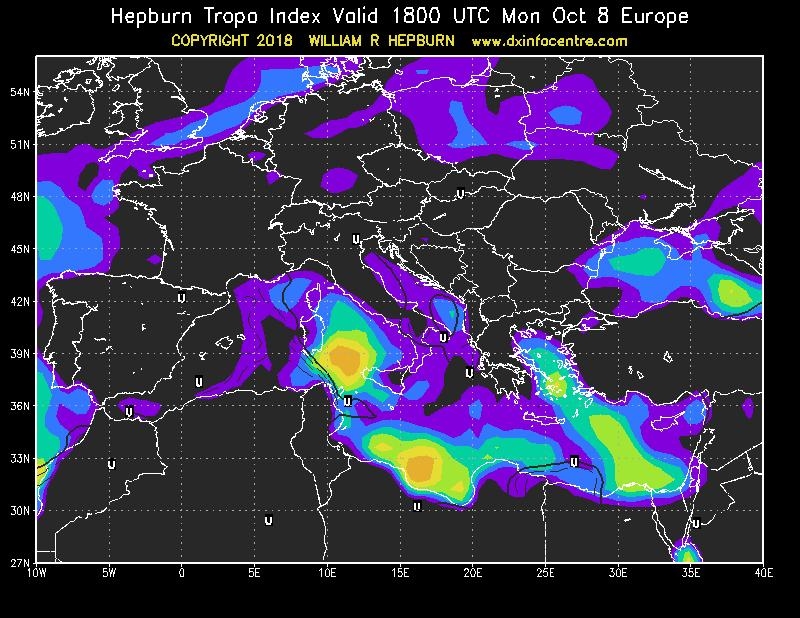