My interest in computers goes back to the seventies, Z 80 and 6502 CPU’s, Tandy TRS-80, ZX81, Apple II and programmable calculators are the type of stuff I started with. This resulted in a great deal of time I spend with computer hard- and software. 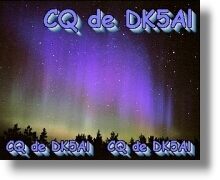 With the upcoming of new modes like SSTV, RTTY ( just for the record SSTV and RTTY are not totally new) Packet Radio, Amtor, Pactor, Hell, MT63 and lately PSK31 my interest in this part of the hobby increased again. 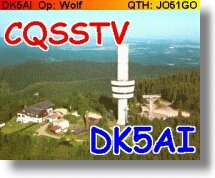 SSTV came a long way from the 1960’s. Running SSTV with old P7 phosphur Radar picture tubes, stand alone computer boards, to today’s software package on my PC. Slow Scan Television (SSTV) is a most fascinating way to communicate with the friends all over the world.

How did it work?

Slow Scan Television (SSTV) is a system designed for sending still television pictures over an audio channel. Unmodified amateur transmitter and receiver can be used.
Converting the picture elements to a series of varying Audio tones, these tones are then transmitted usually on SSB or even on VHF FM. At the receiving station the computer with appropriate Software reconstitutes the incoming tones and send the original picture to the computer monitor!
This mode gives the possibillity to transmit full color pictures over the radio. The colors of the picture are transformed to an audio signal. Each color has his own tone between 1500 Hz (BLACK) and 2300 Hz (WHITE).