A massive high pressure zone across Western Europe caused extreme DX conditions at the end of the year 2019. For the first time, Spanish stations could be worked from here via Tropo on 144 MHz. The first signals from Spain were heard in the evening of December 28, the last on December 30 in the morning. All contacts were made in FT8, no one were heard in any other mode.
A special surprise apart from that was a Tropo contact with T77NM in Monaco. Not a new DXCC, but a nice one at the end of this years DX season. 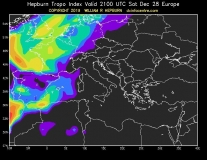 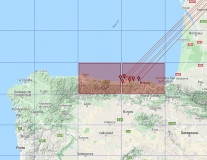