The storm “Friederike” in mid-January 2018 had caused some serious damage to the antenna system. Unfortunately, there was no time to fix it all until now. Among other things, the rotors direction control for the VHF / UHF / SHF antennas failed and the 70cm and 23cm antennas as well as the Spiderbeam for Hf are damaged. As a result the dish for 10 GHz could also not be rotated.
So for 2m I had to use the 14 element EME antenna in the garden with only 3m height above ground and right in the middle between the noisy houses.
Despite all these problems stations from 12 Countries and 46 Squares found the way into the log. ODX with 831 km was IO2V from JN56 and the overall score some 50.000 points. 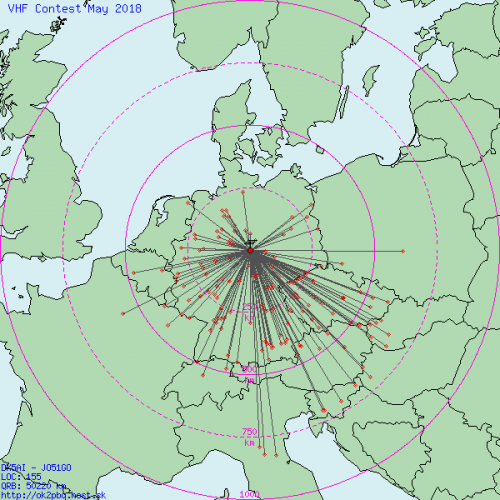